You are here: Home / Blog / I Still Can’t Breathe 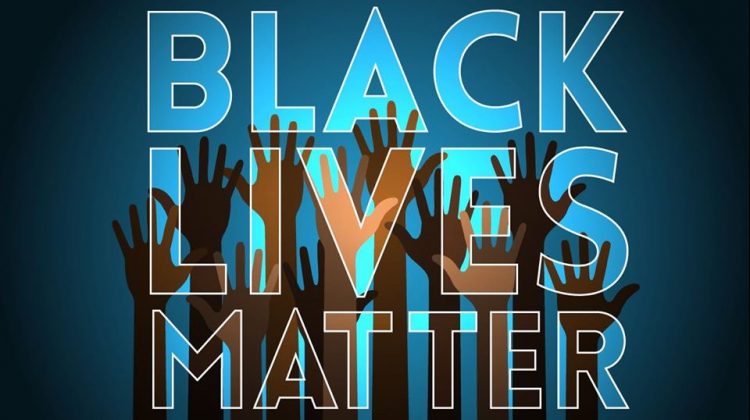 I am posting this in response to the tragic events in Minneapolis, around the country, and around the world. It’s a good followup to my post yesterday about white privilege. The author lives in Staunton, VA, and relates all too well to these recent events.

I did not write this — full credit to the author, Jillian Marie. Shared with her permission.

I am white. And female.

Here is what I know:

If I were suspected of using counterfeit money, chances are I would be asked to leave the store, but in the case that the police were called, I would NOT be thrown to the ground and mounted with knees in my neck. I WOULD STILL BE ALIVE. #GeorgeFloyd #ISTILLcantbreathe #blackwhileshopping

If I were jogging and decided to look around a new construction, I would NOT be chased down by self deputized neighborhood watchmen and shot. I WOULD STILL BE ALIVE. #AhmaudArbery #blackwhilejogging

If a friend who was under investigation sent a package to my house, would the police have entered my home in the middle of the night unannounced with full force and engaged my boyfriend in a firefight that killed me where I lie in my bed? No. It is likely they would have decided to question to me first, and I WOULD STILL BE ALIVE. #BreonnaTaylor #blackwhilesleeping

If I was playing video games with my nephew, and left my door open for some fresh air and a neighbor called the police to come CHECK ON ME, the police would not have shot me through my window and lied about seeing a weapon on me. I WOULD STILL BE ALIVE. #AtatianaJefferson #blackwhileathome

If I were pulled over with my significant other and young child in the car and disclosed to the officer that I had my legal weapon in the vehicle, I would NOT be shot while reaching for my license in front of my child and spouse. I WOULD STILL BE ALIVE. #PhilandroCastile #blackwhiledriving #blackwhilecomplying

If I were accused of selling cigarettes on the sidewalk and there was an escalation leading to my arrest, I would not have been tackled by 5 officers. I would not have been choked to death while repeating that I could not breathe while one officer refused to stop choking me and another pressed my face into the pavement. I WOULD STILL BE ALIVE. #ICANTBREATH #EricGarner #blackwhilestanding

If I was an active duty Marine Sergeant who was just in a car crash with my two daughters, and failed to show my hands to officers while showing a “mean” expression I would NOT have been shot and killed in front of my daughters. In fact, I would have probably received the fastest ambulance response available for myself and my daughters. Regardless, I WOULD STILL BE ALIVE. #ManuelLogginsJr #blackwhileinneed

If my family and I were in search of food and shelter after one of the nations most horrific natural disasters, I would NOT have been shot in the back and killed next while the remaining 5 members of my family were wounded in the gunfire, and one other killed. I WOULD STILL BE ALIVE. #RonaldMaddison #JamesBrisette #blackwhilesurviving

If I was suspected of a crime, and when stopped and asked for identification by police I reached for my wallet, I would not have been shot 19 times as an unarmed person. I WOULD STILL BE ALIVE #AmadouDiallo #blackwhilewalking #blackwhilecomplying

This is not just about good cops and bad cops and poor judgement. Because there are things that lead UP to this.
If I were birdwatching in a public park, and a woman came around the corner with her dog off leash, then refuse to leash him when I asked her to, would she have weaponized calling the police as a means to intimidate me? Would she then have falsely claimed on that call that I was threatening her life and safety? No, she would not have. #ChristianCooper #BlackWhileBirdwatching

Oh, you’re tired of reading? I am TIRED of people of color being senselessly murdered and then vilified afterwards .
I will NEVER know what it is to walk in the shoes of any person of color. But I do know that it is my job to stand beside EVERY person of color and become an activist that helps dismantle the system that has been set up to empower me and people who look like me to get away with acts of hate every single day.

(I did not write this — full credit to the original poster, Jillian Marie.)