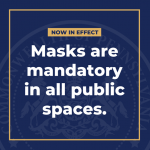 Pennsylvania Governor Wolf announced today, July 1st, 2020, that face masks are required to be worn in all public areas of Pennsylvania. COVID-19 is spiking to new levels in many areas of the country, and levels in Pennsylvania have taken an upturn, too, after largely being held in check as the state has been working toward reopening. The move to require masks is intended to … END_OF_DOCUMENT_TOKEN_TO_BE_REPLACED 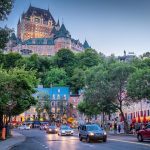 July 1st is Canada Day, the national day of Canada. It celebrates the anniversary of July 1st, 1867, the effective date of the Constitution Act, 1867 (then called the British North America Act, 1867), which united the three separate colonies of the Province of Canada, Nova Scotia, and New Brunswick into a single Dominion within the British Empire called Canada. It was … END_OF_DOCUMENT_TOKEN_TO_BE_REPLACED