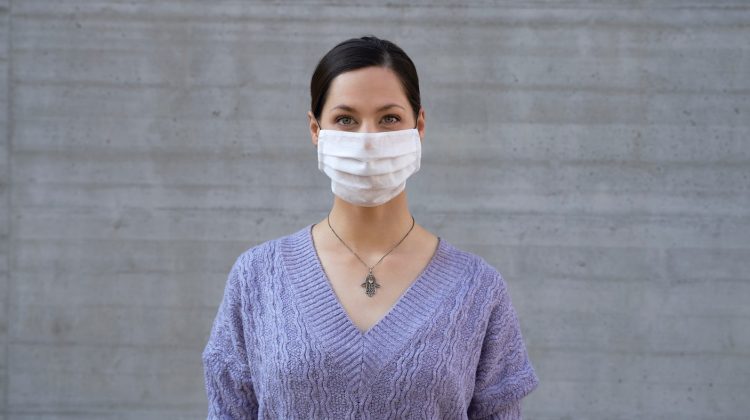 I wrote most of this post yesterday but didn’t get it posted until now. In the meantime, I read a few more articles that have influenced my thinking on my writing in general and led to the writing of this preface.

I am giving up. Not on everyone, but on my friends who disagree so strongly with some of my views. I am no longer writing for them, I am no longer trying to change anyone’s mind. I’m writing for the “choir,” and for those few on the fringes who might still have an open mind. So no comments are necessary from those who disagree with me unless you’re signaling that you have an open mind, that you might be influenced by some of the ideas I’m presenting or the articles to which I’ve referred. I’ll be writing more on this soon.

It’s hard to believe, as we approach 120,000 deaths from COVID-19 in just four months in the US, that we’re still needing to talk about this. Face masks. Overwhelming scientific evidence supports the importance of wearing face masks to get and keep this virus under control. But we’re still having a problem, apparently, understanding how important this is.

Not to get overly political in this post, but a lot of the problem comes right from the top, with the president and vice president refusing to set an example or even point out the scientific evidence about masks. And the coronavirus task force led by the vice president has gone underground, unlikely to surface again anytime soon.

Why is that so difficult to understand? And now the president is resuming his campaign rally photo ops — political theater — this evening in an enclosed stadium in Tulsa, Oklahoma, with 20,000 screaming fans, a “super-spreader event” for COVID-19, and although masks are being offered, no one will be required to wear them, nor will there be any possibility of practicing social (or physical) distancing. This is insanity. It’s been shown that the virus is about 18 times more likely to spread indoors at an event like this than at an outdoor venue with social distancing. One set of statistics I saw yesterday projected that of the 20,000 people in attendance, about 100 are likely to already have COVID-19, and will result in infecting about 1,000 others in attendance. We should know in a couple of weeks how accurate that projection was.

On Wednesday afternoon I got my minivan inspected. I’ve been driving so little the last few months, as with most of you, I hadn’t even noticed that my inspection expired at the end of March. Fortunately, I was able to get a “wait” appointment at Telford Auto Service (highly recommended, by the way!), so I didn’t have to get a ride to or from the shop. The downside was that the only place to sit down out of the sun was in their small customer lounge area, and I wasn’t alone.

One other person, a young man 35 years old as he told me later, was seated in one corner of the waiting area. I took the farthest seat from him, not quite six feet away, and placed my water bottle on the seat between us so no one would sit there.

I noticed immediately that he was not wearing a face mask. And although I don’t consider myself a face mask evangelist (you might disagree!) I couldn’t help but raise the subject, so I asked him why he wasn’t wearing a face mask. He started to explain that 1) the need for masks was just media hype, i.e., fake news, 2) masks were for the old and vulnerable, and he was neither, and 3) the CDC recommended against wearing masks originally and if they changed their recommendations, it was only because of media hype and political pressure.

I asked him if he or anyone he knew had COVID-19, and he said no, “of course not,” and then he quickly asked me if I had it. I was very tempted to tell him I did, to see how’d he react, but I didn’t — I did tell him I had a couple of acquaintances who died from it, but no one I was close to now, or that I ever had exposure to, was known to be sick.

He made the argument that we live in America and he has freedom not to wear a mask if he chose not to. I ask him if he wore a seatbelt today when he drove to the garage. His answer was no, he rides a motorcycle, and he immediately added, “I don’t wear a helmet, either.” So that analogy didn’t work. I should have stopped right there — that pretty much told me everything I needed to know. But I went on a little longer; I asked him if he was married or had children, and he said no, neither. That argument wasn’t working either — he had no one to live for or to worry about infecting, apparently. I mentioned something about it being wonderful to be “young and invincible,” and he immediately responded he wasn’t young at all — he was 35 (that’s how I knew). I assured him he was just a kid compared to me. He didn’t disagree with that (darn, I’d have let him argue that!)

Below is a Facebook post I just came across a couple of days ago that is the best explanation I’ve seen yet on why wearing face masks is so important. The first part is written by a surgeon, Dr. Sam Laucks, of York, PA, and his views are supported by his employer, Wellspan Health in central Pennsylvania. Be sure to click “See More” to read all of his post — it’s definitely worth your time. The second part of his post is a link to an article on face masks at The Conversation.com written by Jeremy Howard, a research scientist at the University of San Francisco in California. Also excellent.

OK, here’s my rant about masks: I have spent the past 39 years working in the field of surgery. For a significant…

Share your thoughts in the comments below. But don’t share your germs — wear a mask when you leave the house.