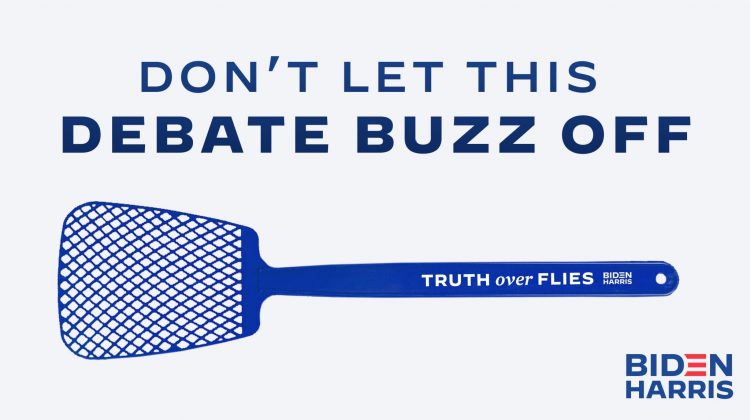 The Vice Presidential Debate a few days ago didn’t move the needle much as far as the debate went. There were few if any surprises; Harris refused to answer at least one question, Pence refused most of them. But it did produce one memorable moment: near the end of the debate, a fly landed on Pence’s white hair and remained there for more than two minutes even as he continued talking. Not unsurprisingly, social media had a heyday with that, with memes of all flavors popping up almost immediately. Here is a collection of 15 of them. They may take a minute to load; click on them to see larger versions.