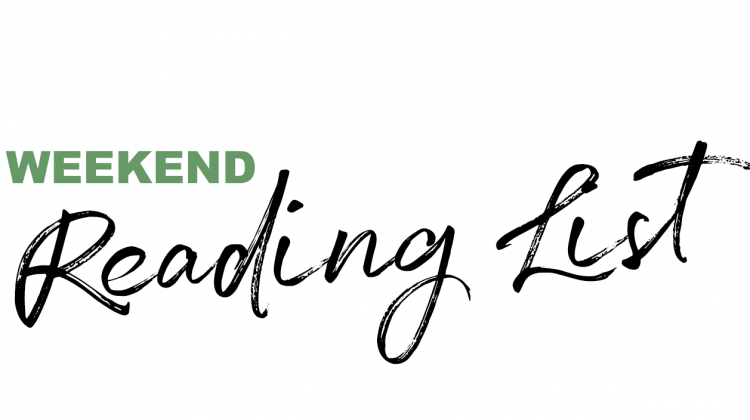 I read a lot. Much of it is online, but I’m almost always in the middle of one or two books, too — Kindle versions, of course — so I can pick up wherever I might be at the moment. I’ve finished two books in the last month and a third is more than half read.

I plan to occasionally post a list of some of the best online articles I’ve read over the last week or so. If you haven’t seen any of these, check them out. If you’re a friend of mine on Facebook, there’s a good chance you’ve seen some of them already. Most are political in nature since that’s top-of-mind these days.

Truth has been under attack since day one of the Trump presidency when he told a boldfaced lie about the size of his inaugural crowd in Washington, DC. The Washington Post has cataloged over 20,000 lies or misleading statements by the president since he took office. Too often, perhaps because of the young age of many of the reporters at his news conferences, his lies go unchallenged (Chris Wallace famously challenged Trump last month, finally). But yesterday a veteran reporter asked him directly about his many lies:

That reporter was S.V. Dáte, and back in January, he published an excellent article on Trump’s lies and what they are doing to destroy our country. This article is long but well worth your time to read:

While you’re reading about her, also check out the matching article about Biden:

Where I Stand on the 2020 Presidential Election

I published this article (not authored by me) on my Facebook profile earlier today which pretty much aligns with my views on the presidential election November 3rd, 2020 (spoiler alert: I’m supporting Biden/Harris):

I’ve written about this before, but I’m still seeing way too many tone-deaf “All lives matter” posts. So, here’s another link that succinctly defines this for us:

I’ve also written about this before, but it amazes me that so many people (white, mostly) are totally ignorant as to what white privilege means. This link is to my blog post of May 28, 2020 — “What Is White Privilege?”:

“Ok. I finally drank the Kool-Aid. Bypass It WORKS!! I have a whole new news feed. I’m seeing posts from people I haven’t seen in years…”

I’m getting tired of seeing these posts on Facebook — how about you? They kind of work, but not for the reason people think. It reminds me of an analogy from my film camera days — you’d see flashes going off all over a stadium or concert hall, and the resulting photos would come out better than if you hadn’t used the flash. But the flash only reaches about 10 feet at best. What was happening was that the flash being turned on slowed down the camera’s shutter speed, which let more light reach the film. But the result fooled these photographers into thinking it was because they used flash.

The Facebook algorithm (which I admit no one totally understands, including me) chooses and prioritizes posts from friends with whom you are active on Facebook — posting likes, comments, etc. both on their profiles and then posting likes and comments on your timeline posts. In other words, it rewards activity. For many who are posting the “Bypass” message, it’s the first they’ve been active in a while, and it may be the first they’re requesting their friends comment on their post (“say hi”). So, it works. But not for the reason they think. The real secret is just to become more active.

Here’s a post from Snopes that explains it further: