On July 5th, I reviewed the Due app (It’s About “Due”), a great reminders app that runs on Mac, iPad, and iPhone. Today the macOS version was upgraded to version 20 to look and work more like the iOS versions. It’s a free upgrade for everyone who has purchased it since 2017.

Redesigned and reimagined from the ground up, Due 20 for macOS makes it faster to create, more effortless to manage, in a refined new design. Some of the key features include:

Apple had a good week, to say the least. Yesterday they reported record earnings for the most recent quarter, and they announced they are planning a 4:1 stock split at the end of August. Today their stock took off, gaining 10% of its previous value, more than 40 points on the day, and closing at a record high of $425.04/share. If you have Apple stock in your portfolio, you are happy tonight. And since it’s Friday, you can gloat on it all weekend. I hope it holds the gains next week!

I have an Apple iPad Air for sale. It’s a first-generation 9.7” Air I bought new in 2013 so it has a few years on it. But it’s pretty much spotless — no marks on the screen or the case. Everything works on it, and I just upgraded the iPadOS to the latest version that will run on it — version 12.4.8. Other than security updates, the system is not upgradable beyond that. The original price was $929, but it’s yours now for just $149.

It has 128 GB of storage, the most that was available at the time, and it also has cellular connectivity (originally through AT&T, but I believe it can work with Verizon, too, with a new SIM card from them). However, you do not need a cellular account to make good use of this — it’s fully functional on a Wi-Fi connection. It would be a great iPad for a student doing remote learning, or as a Kindle reader by your easy chair.

A tan leather Apple Smart Cover that I purchased at the same time as the iPad is included. The case is well-worn — still functional, but doesn’t look that great anymore. If you buy a new case for it, everyone will think you bought a brand-new iPad. Other than the used cover, the only accessory included is a USB to Lightning charging cord (no charger, however).

The price ($149) is for porch pickup in Telford, PA. Shipping is $25 on top if you want me to ship it anywhere in the US. Payment can be by PayPal or Apple Pay. This offer will only be here for a few days; it will be listed on eBay at $175 if I don’t find a local buyer. If this notice is gone, it’s no longer available. Contact me if you’re interested or have any questions. 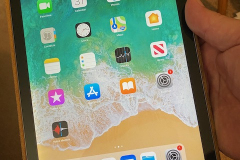 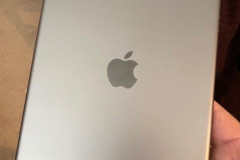 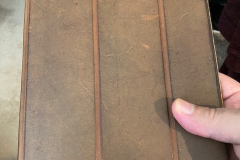 I mentioned a short while ago that I was installing iOS 14 Beta (public version) on my iPhone 11 Pro Max to give it a run before it becomes officially available to everyone. I’ve been using it just over two weeks now, currently using the 3rd beta version (which is the 2nd public beta version, not that it matters). Overall, I’ve found it exceptionally stable and smooth for a beta version of iOS, with only a couple of minor issues, none of which have impacted the way I use it.

Here are four of my favorite new features so far:

I’ll be blogging more about iOS 14 in the not too distant future. If you’d like to know more about the beta program and possibly participate in the program, click here: https://beta.apple.com/.

Previous Post: « Productivity and Writing: Eight Mac Apps I Use Everyday
Next Post: Eight Easy Steps to Improve Your Photography »